Some are born great. Some achieve greatness. Others have greatness thrust upon them. Stratford is all about Shakespeare.

Join our tours of Stratford from London and discover the home of the greatest bard of all time. Travel in a small-group on a comfortable minibus, in the company of a friendly driver-guide. Explore the town where William Shakespeare was born & grew up and all of the places connected to him…

Highlights of our Stratford tours: 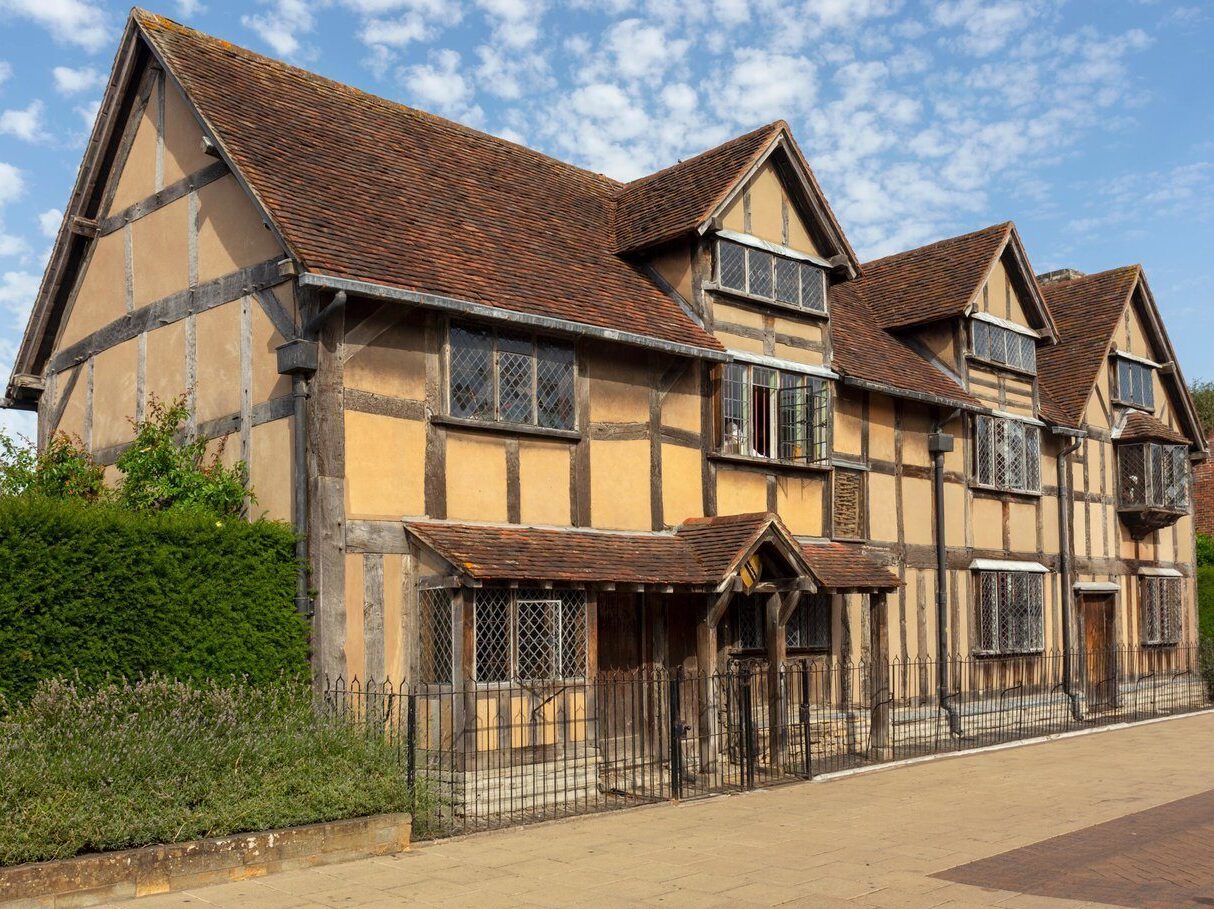 Step into the house where Shakespeare was born & where he grew up. 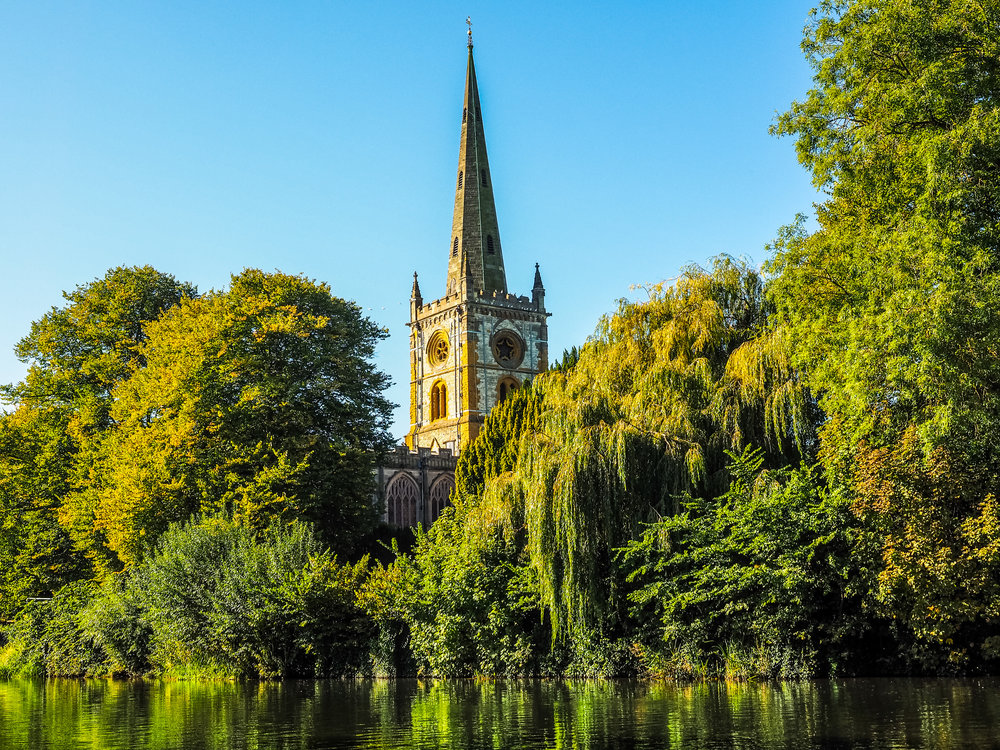 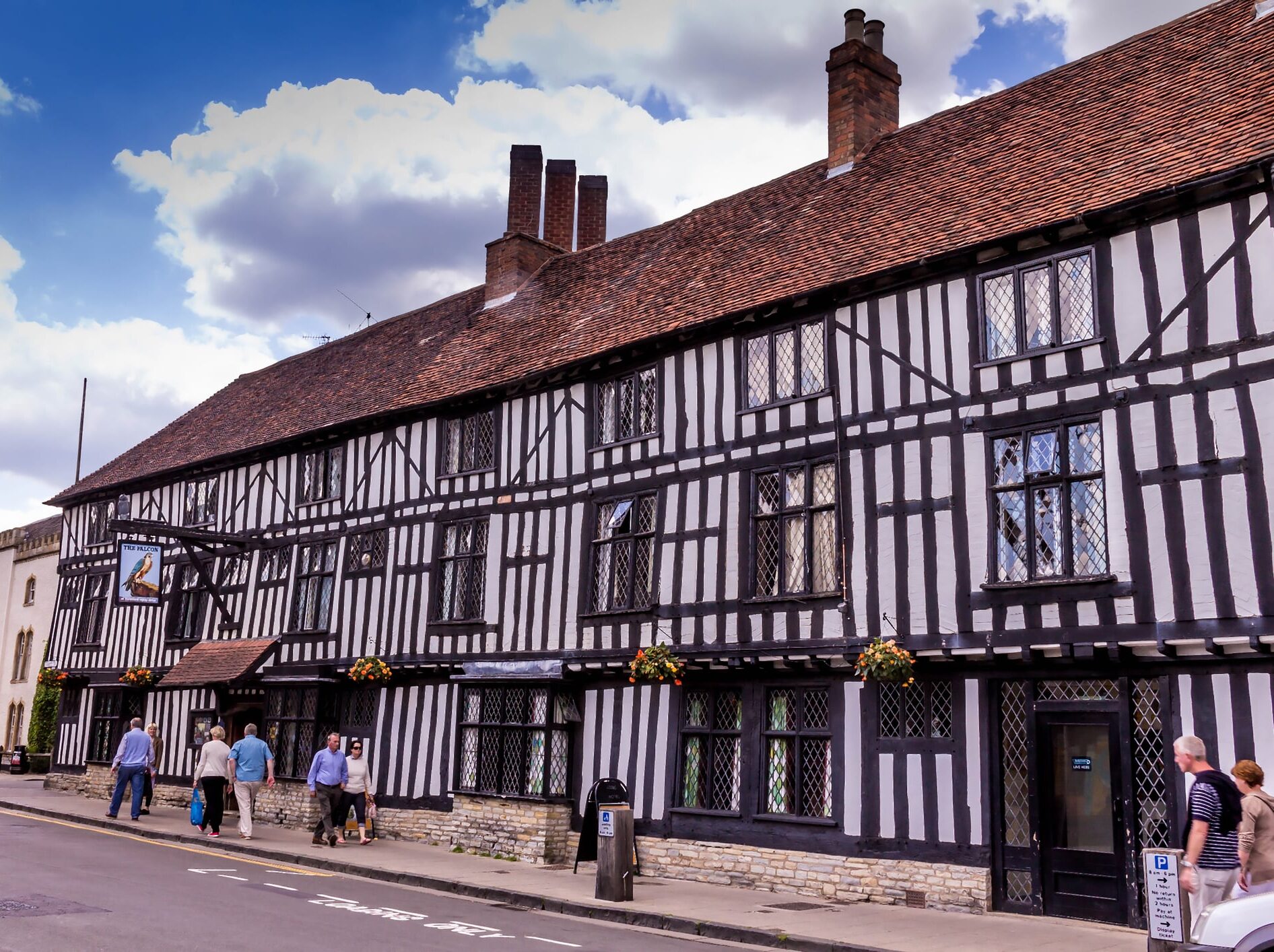 Explore Stratford’s historic buildings and stroll along the river Avon.

Stratford: a brief history of Shakespeare

William Shakespeare was born in Stratford-upon-Avon on the 23rd April 1564… probably. With no official records there’s no way to be certain, but we do know he was baptised on the 26th April, and in the 16th century this would normally take place 2-3 days after birth. The son of John Shakespeare, a glove-maker, and Mary Arden, a farmers’ daughter, William had two older sisters and three younger brothers. He grew up in Stratford and attended the local grammar school, where he studied a variety of subjects.

Aged 18, Shakespeare married Anne Hathaway and after six months their daughter Susanna was born. Two years later they had twins, but sadly their son Hamnet died aged 11. For seven years following the birth of the twins, we do not know where Shakespeare went, or what he did. This period, now known as the ‘Lost Years’, saw Shakespeare re-appear in 1592 in London. It’s thought he’d been working in London’s theatre district for several years, likely as an actor, but then with theatres closing due to the plague, Shakespeare turned to writing poetry to make money.

In the 1590s he became a partner in the successful theatre group the Lord Chamberlain’s Men, later called the King’s Men; a company that went on to build the Globe Theatre. By this point Shakespeare was an established playwright, and his reputation only growing. Throughout his life, the style and tone of his works changed, from his early histories, to comedies to tragedies and later to tragi-comedies. He retired to Stratford a successful and wealthy man, but at the age of 52 he became ill and passed away on 23rd April 1616, the probable date of his birth.

Things to do in Stratford

In total, William Shakespeare wrote 154 sonnets and 38 plays. He is estimated to have contributed over 2,000 words to the English language and his works are among the most quoted in the world. He is responsible for some of the most famous plays ever written, and was uniquely able to capture the range of human emotions. This man from Stratford-upon-Avon is the greatest writer in history.

Therefore, any tour to Stratford-upon-Avon will centre around this great man. The first stop should be Shakespeare’s birthplace; set in the centre of town, this is the house where he spent his childhood years. It’s a charming half-timbered building which has been beautifully preserved and contains a great archive. Other houses of significance include New Place; the house where Shakespeare lived at the end of his life, and Hall’s Croft; the home of his eldest daughter. Trinity Church is another place not-to-be-missed; a historic church where Shakespeare was married and later laid to rest.

But not everything is about Shakespeare. Stratford is a charming and historic place and there are some ‘non-Shakespeare’ things to do. The town centres on the river Avon, so follow the water and enjoy a relaxing stroll, or if you’re feeling adventurous, rent a boat. Visit Harvard House, a quaint property and the family home of John Harvard, the founder of Harvard university. And pop next door, to the Garrick Inn, Stratford’s most historic pub dating to the 16th century.