A charming fishing village and a grumpy Doctor. The sleepy settlement of Port Isaac is one of the most idyllic places in Britain.

Join our Port Isaac tours from London and visit one of Cornwall’s most charming and remote villages. Travel in a small-group on a comfortable minibus, in the company of our friendly driver-guide. Spend time in Port Isaac, enjoying beautiful coastline and visit all the Doc Martin connected locations…

Highlights of our Port Isaac tours: 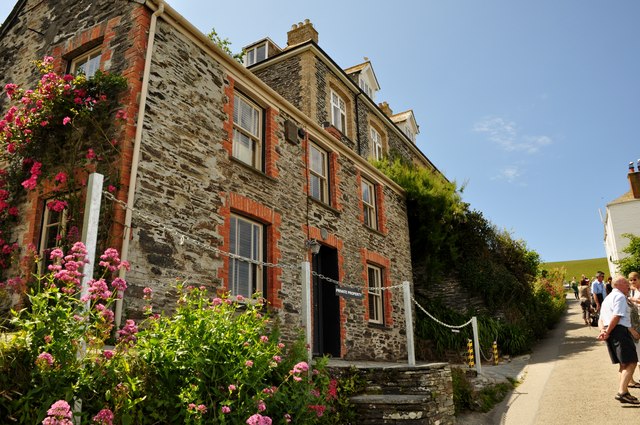 Visit all of the places connected to Port Isaac’s resident scrooge. Discover the origins of this fishing village and its historical development. The rugged Atlantic is home to some of Britain’s most spectacular coastline.

The name Isaac likely comes from the Cornish word ‘Izzick’, meaning corn; a reference to the once important local corn trade and therefore Port Isaac simply means ‘Port Corn’. The village was first recognised as an active port in the mid-fourteenth century, and grew as a prospering fishing centre. Fishing has always been one of Cornwall’s most important industries, with the region renowned for pilchards (Sardines). At its height, Port Isaac was the second largest centre of pilchard fishing in north Cornwall, with 49 boats based in its small harbour.

The harbour walls were constructed in the mid-16th century, during the reign of King Henry VIII, to protect the cove from turbulent weather. Soon after, Port Isaac became a hive of activity, handling coal, wood, ores, and other heavy goods, as well as fish. Prosperity was enhanced in the 1700’s with the development of the railway, and the fishing industry reached its peak. Today, most of the village centre dates to the 18th and 19th century, where there are 90 protected buildings set along the narrow streets, the most famous of which is the affectionately known ‘Squeezy-belly-alley’.

Whilst a small fishing community remains, in recent decades Port Isaac has become more famously known as a filming location. This began in the mid-1970’s, when the village was used in the TV series, Poldark. It has also featured on the big screen, in film productions such as Oscar & Lucinda and Saving Grace. Most significantly, in 2004, Port Isaac was chosen as the setting for the worldwide-hit TV show Doc Martin, starring Martin Clunes. And in 2019, the village returned to the big screen with the Fisherman’s Friends Film; the true story of a local group of singing fishermen.

Things to do in Port Isaac

With fishing cottages perched on the hillsides and narrow lanes meandering through towards a charming hidden harbour, Port Isaac represents the typical Cornish village. Today it’s popularly known as the setting of the TV series Doc Martin. At the heart of the village is harbour, known locally as the Platt. From here you can gaze out over the Atlantic as it creeps into the bay, visit the lifeboat station, or pop into some of the shops and restaurants.

For Doc Martin fans, there’s only one place to begin: Fern Cottage. Set at the top of Roscarrock Hill and boasting stunning views, this charming flint house doubles as the Doc’s house and surgery. Strolling back down towards the Platt, stopping at the Buttermilk shop for some local fudge is a must. However, this isn’t a normal fudge shop. Look closely; as this shop also features in Doc Martin, as Mrs Tishell’s Pharmacy. And there are more Doc Martin locations; the school, Louisa’s house, the pub and Aunt Ruth’s house can all be visited with a stroll around the village.

The best way to absorb the village is by taking a walking tour. As part of our trips, we include the option to join a local guide and Doc Martin extra on a walking tour around Port Isaac, who will tell stories, explain local history and point out all of the Doc Martin related places. There will also be time for lunch, with many options to choose from. Have a traditional Cornish pasty in one of the bakeries, a Cream Tea in the charming Chapel Cafe, or a Fish & Chips pub lunch at the Golden Lion.