The garden of England. Home to castles, orchards and rolling hills. Setting of some of the most iconic events in British history.

Join our Kent tours from London to discover beautiful scenery and iconic history. Travel in a small-group on a comfortable minibus, in the company of a friendly driver-guide. Travel through glorious countryside visit the historic Canterbury Cathedral and gaze out over the famous White Cliffs…

Highlights of our Kent tours: 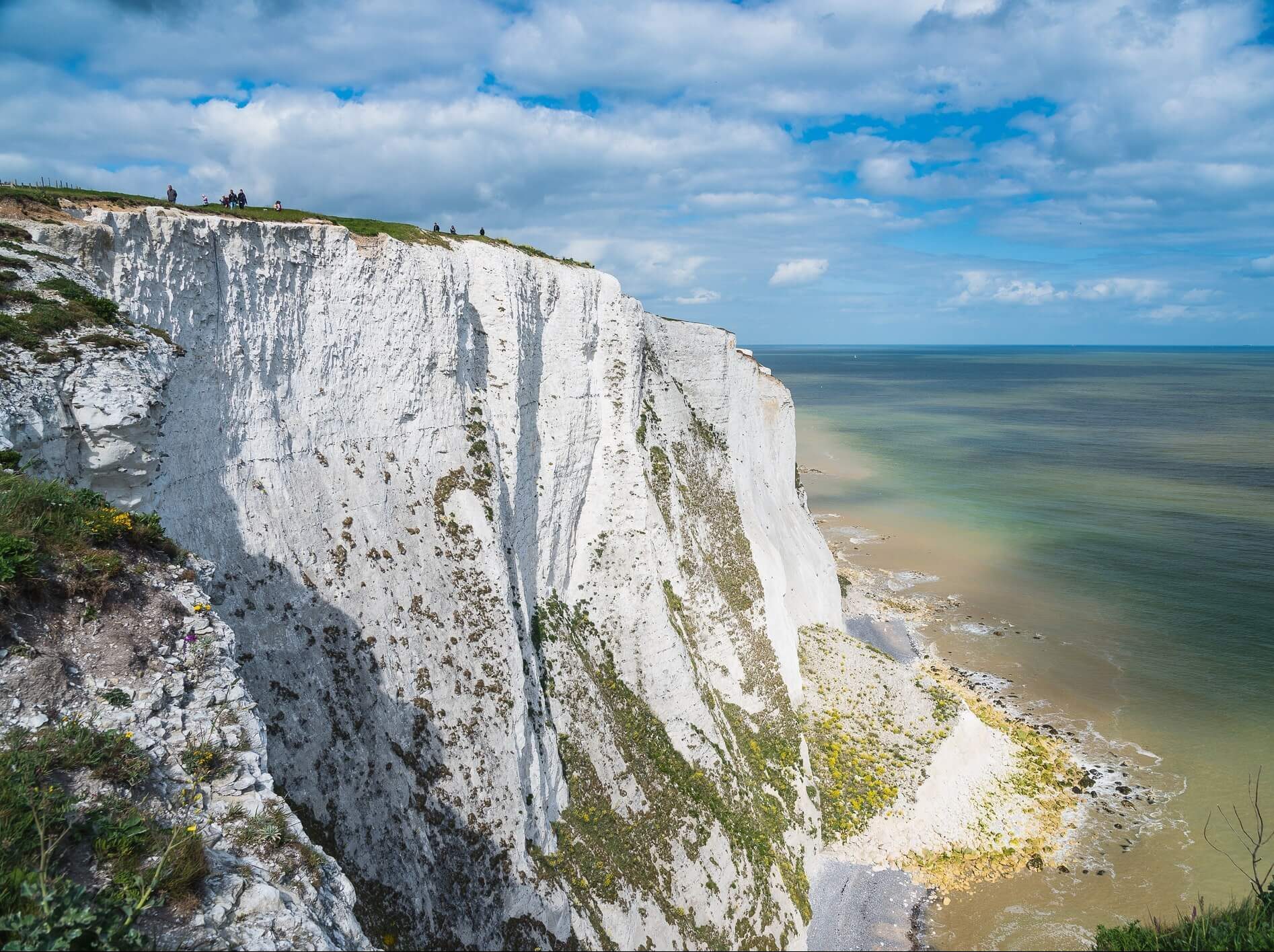 Absorb views at one of Britain’s most iconic sights; the White Cliffs of Dover. 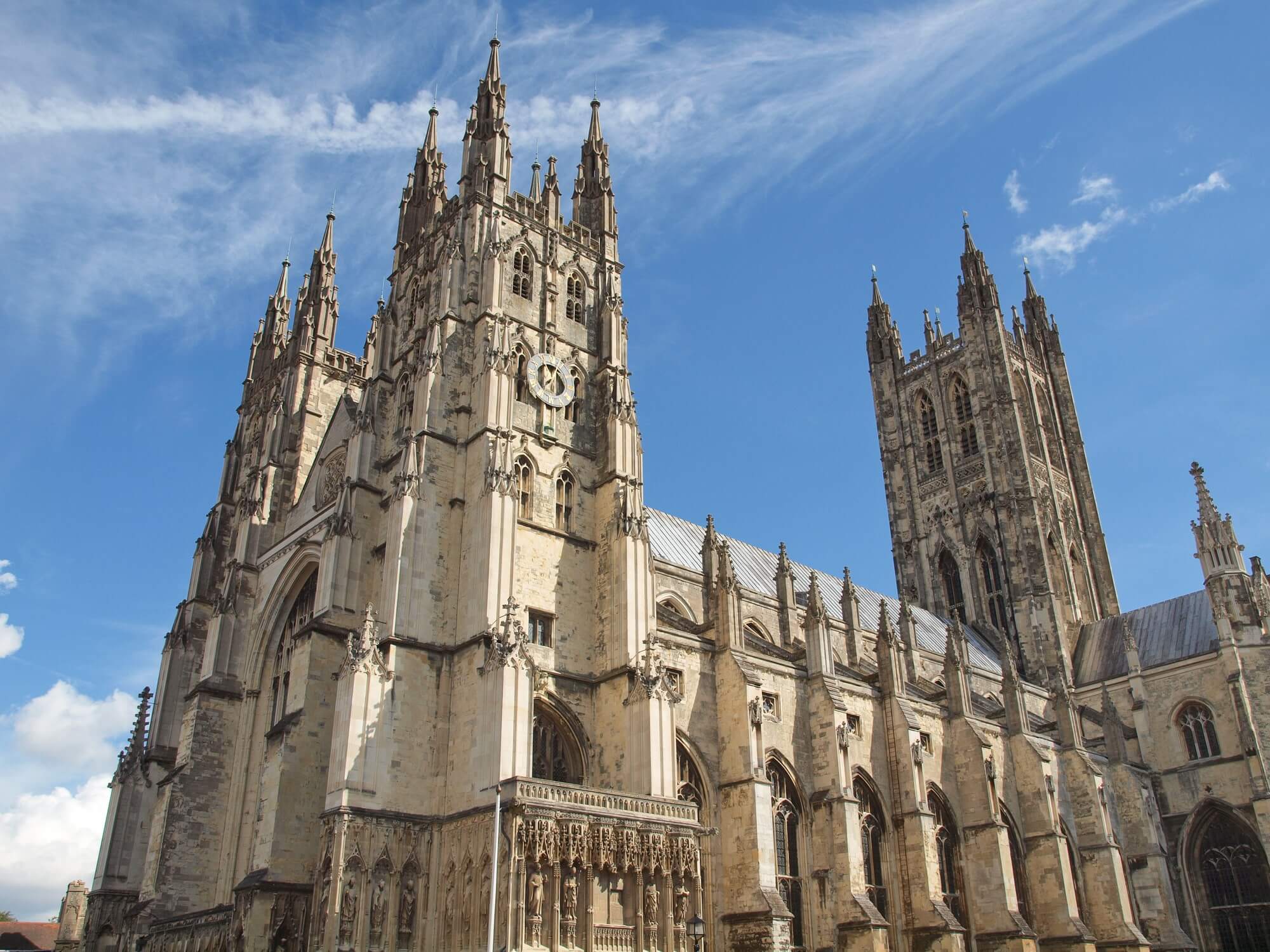 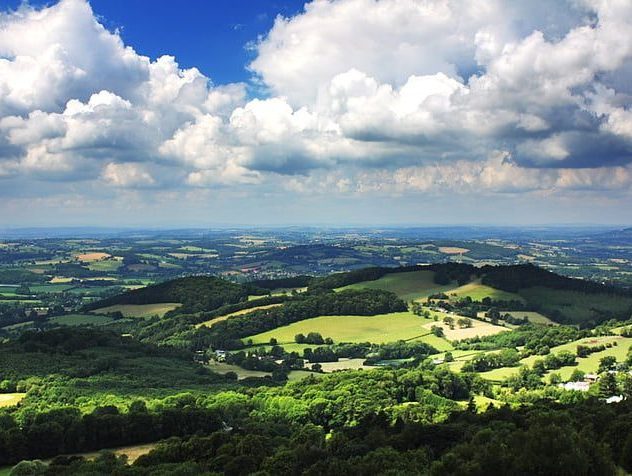 Travel through pretty countryside in a region known as the ‘Garden of England’.

Located in the south-easternmost corner of England, it is thought that the name Kent means ‘border’; deriving from the Celtic community who first inhabited the region. In 55bc and 54bc, Julius Caesar made attempts to invade Britain and on both occasions landed in Kent. Although both attempts were ultimately unsuccessful, Caesar described the local people as ‘The most civilised of all the Celts’. But less than a century later, the mighty Roman army arrived on the beaches of Kent again to invade Britain, and begin an occupation that would span nearly four hundred years.

Kent was again the setting for another iconic event in British history; the Battle of Hastings, in 1066. Duke William of Normandy and his forces had set sail across the channel from France with the aim of conquering Britain. Upon landing they were met by an English army led by King Harold, and a bloody battle ensued at Hastings which saw Harold killed and the Normans victorious. Keen to claim the throne, William moved quickly through Kent, via Dover and Canterbury, before travelling north to London, where he was crowned King William on Christmas Day in 1066.

During the Second World War, Kent played a crucial role in some of the most significant events. In 1940 the county, and Dover in particular, were at the centre of Operation Dynamo, which saw 330,000 troops rescued from Dunkirk. Later the same year, the Battle of Britain was fought in the skies over Kent, with the RAF resisting the relentless German offensives, causing Hitler to postpone Nazi plans to invade, a victory that Churchill famously described as the ‘finest hour’. Throughout the war, Kent was bombed heavily, and in 1944 Operation Fortitude was launched, a crucial decoy for the Normandy landings.

Places to visit in Kent

Kent is known as the ‘Garden of England’, a nickname first given to the area by King Henry VIII. The county is famous for its charming landscape; it is a traditional fruit growing area with an abundance of orchards and hop gardens. Any venture into Kent should spend time on the rural roads absorbing the natural beauty of the countryside. Kent is an area famously known for its castles. Arguably one of the most important fortresses in the whole of England is Dover Castle. During the Second World War, the castle was HQ for Operation Dynamo and oversaw the evacuation of 330,000 Allied soldiers from Dunkirk.

Travelling through the heart of Kent will take you to the iconic cathedral city of Canterbury, a settlement occupied for several millennia by Celts, Romans, Jutes and beyond. The main landmark of the city is its Cathedral, which is the most senior church in England. The Cathedral has was founded in 597ad by Augustine, who formally introduce Christianity to England. It has been a place of pilgrimage since the controversial Martyrdom of Archbishop Thomas Becket in 1170. Canterbury is not a large place, with a population of only 55,000, but any visit to Kent must include this historic city.

Another famous feature and symbol of Kent is its coastline; with of the county boasting over 350 miles of shoreline. Along the coast you’ll find charming towns and beautiful beaches. But the most striking feature of Kent’s coast is its world-famous White Cliffs. Compromising of chalk, and with a geological history spanning millions of years, the White Cliffs have become not only symbolic of Kent, but Britain overall. They can be seen in several different parts of the county, but the best place to visit is Dover. For any visitor to Kent, a view over the White Cliffs of Dover is a must.

A Day In Kent Tour from London (1-day)