Rugged pristine coastline. Charming fishing villages. A land of legends. Cornwall is one of the most beautiful parts of Britain.

Join our Cornwall tours from London and explore the highlights of Britain’s spectacular south-west. Travel in a small-group on a comfortable minibus, in the company of a friendly driver-guide. Enjoy breath-taking coastline, discover the myths & legends and visit the most iconic destinations.…

Highlights of our Cornwall tours: 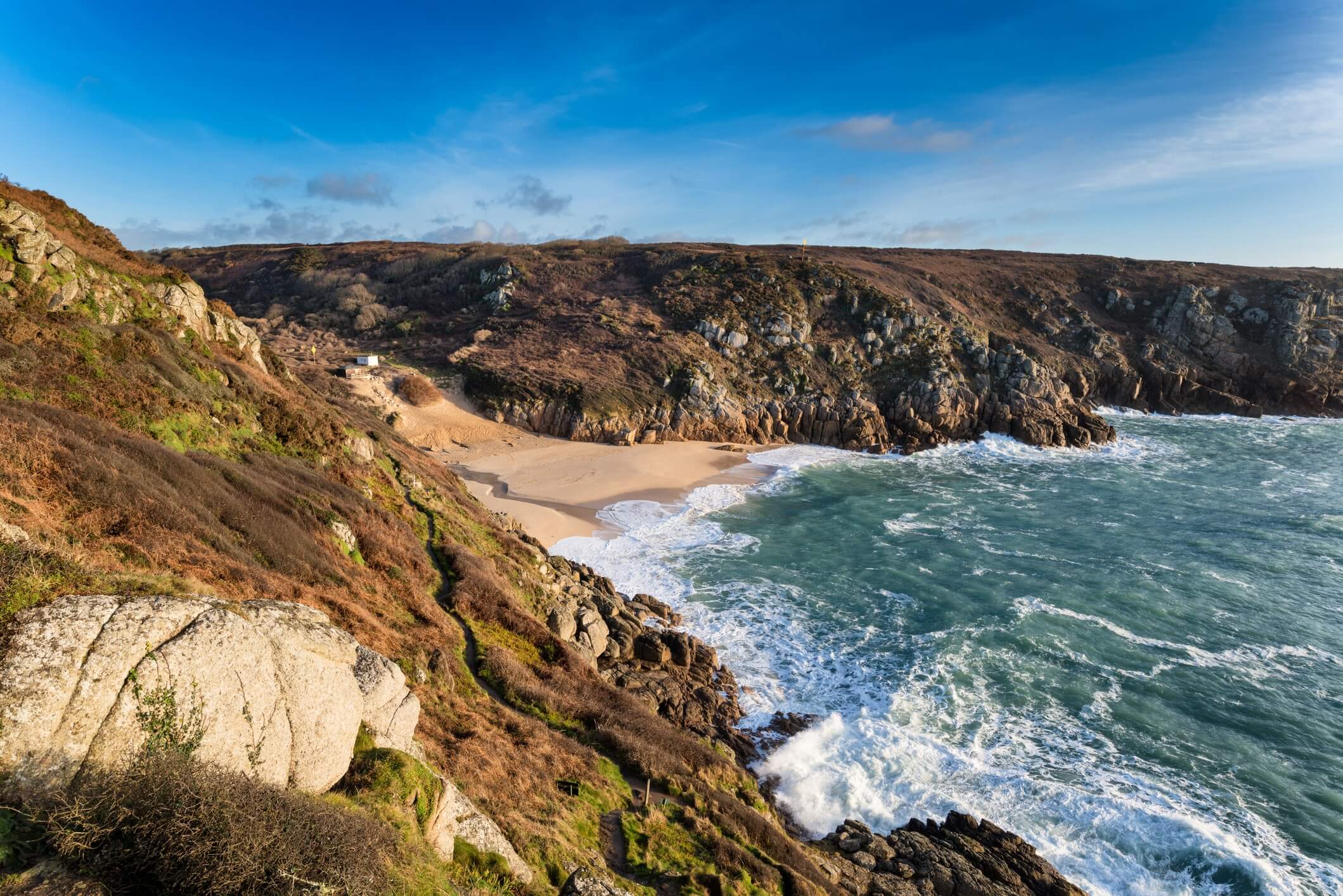 Cornwall is a land of legends, from St Michael’s Mount to King Arthur’s castle. 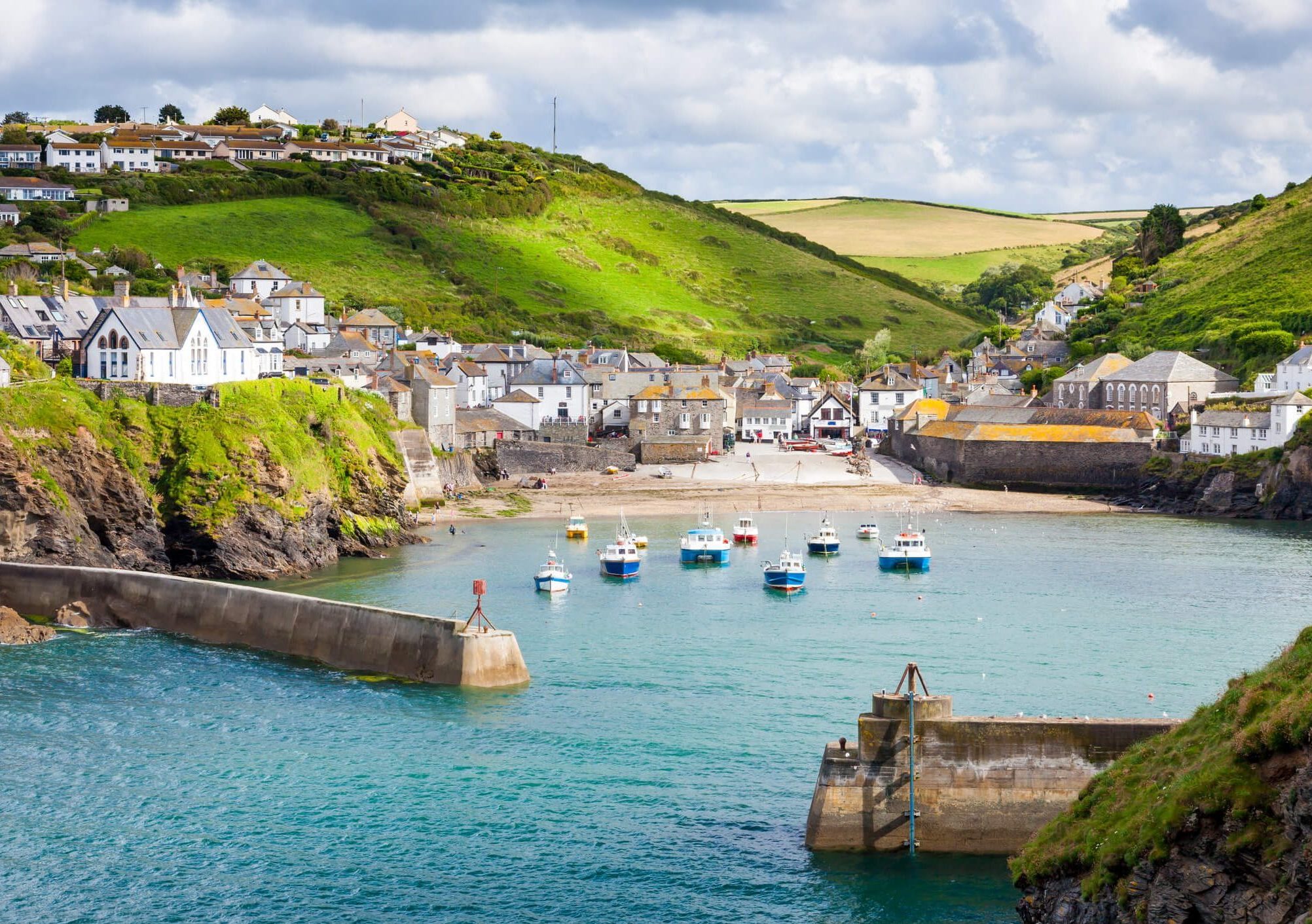 See the places in Cornwall that have featured on screen in Poldark & Doc Martin.

The name Cornwall derives from the Celtic word ‘Kernow’ which loosely translates as ‘horn people’. This is a reference to the shape and geographic location of the region, as it juts out into the Atlantic on the south-western edge of Britain. There is evidence of human occupation here dating back 10,000 years, with the first significant monuments and settlements appearing in the Neolithic age. The area’s importance grew further during the Bronze Age, as the landscape was discovered to be abundant in two highly valuable metals: copper and tin.

Following the departure of the Romans from Britain in the 5th century, Cornwall became a safe haven for the original British occupants, referred to as Celts, who sought refuge to the west to escape the invading Saxons. A separate society was then established; one which resisted the Saxons for several centuries. Battles ensued through until the mid-900’s when the Saxon-Wessex King Athelstan, grandson of King Alfred the Great, set the border of Cornwall along the River Tamar, creating an official separation from England.

The Middle Ages saw continued turbulence in Cornwall. During this period there was a gradual decline in the native language and the Cornish identity overall. It was a time of great rebellion among Cornish people, following oppression from England. But from the 18th century, Cornwall prospered with the industrial revolution. Pilchard fishing was Cornwall’s signature, with stocks exported all over Europe, and tin mining made some parts of Cornwall among the wealthiest areas in the world at the industry’s peak. It was during these times that Cornwall also became a hot-spot for smugglers.

Things to do in Cornwall

Kernow a’gas dynnergh, meaning ‘Welcome to Cornwall’, are the words that greet any visitor crossing over the river Tamar from neighbouring Devon. Cornwall is a special region; possessing it’s own history, traditions, foods and even its own language. This is also a land of stories, myths and legends. From that of King Arthur, whose legend suggests Tintagel Castle to be his birthplace. To the iconic site of St Michael’s Mount; a 12th century monastery built on an island that was at one point said to be the home of a giant.

For many, Cornwall is recognisable for featuring on-screen. The TV series Poldark tells the story of a local man who returns to Cornwall from the American Revolutionary War to a very different life than the one he left. A variety of locations feature, including the historic port of Charlestown, and the stunning beach at Porthcurno. Another well-loved Cornwall-based TV series is Doc Martin. Set in the picturesque fishing village of Port Isaac, the story follows the life of a blunt and grumpy local Doctor, and his often humorous dealings with the quirky local villagers.

Throughout Cornwall you’ll find a special combination of beautiful coastline and charming towns. Travel along the Tin Coast road; one of the most scenic drives in Britain and absorb a mix of rough moorland and rugged clifftop scenery. Be sure not to miss seaside destinations like St Ives; once a hive of fishing and now a centre of the arts movement. Or Falmouth; an authentic and historic town that is home to one of the deepest natural harbours in the world. And of course, no visit to Cornwall is complete without sampling the famous local delicacy; a Cornish pasty.