Join our Bath tours from London & spend time in one of Britain’s most historic places. Travel in a small-group on a comfortable minibus, in the company of a friendly driver-guide. Explore the highlights of Bath, including the Roman Baths, iconic regency architecture, Jane Austen locations & more…

Highlights of our Bath tours: 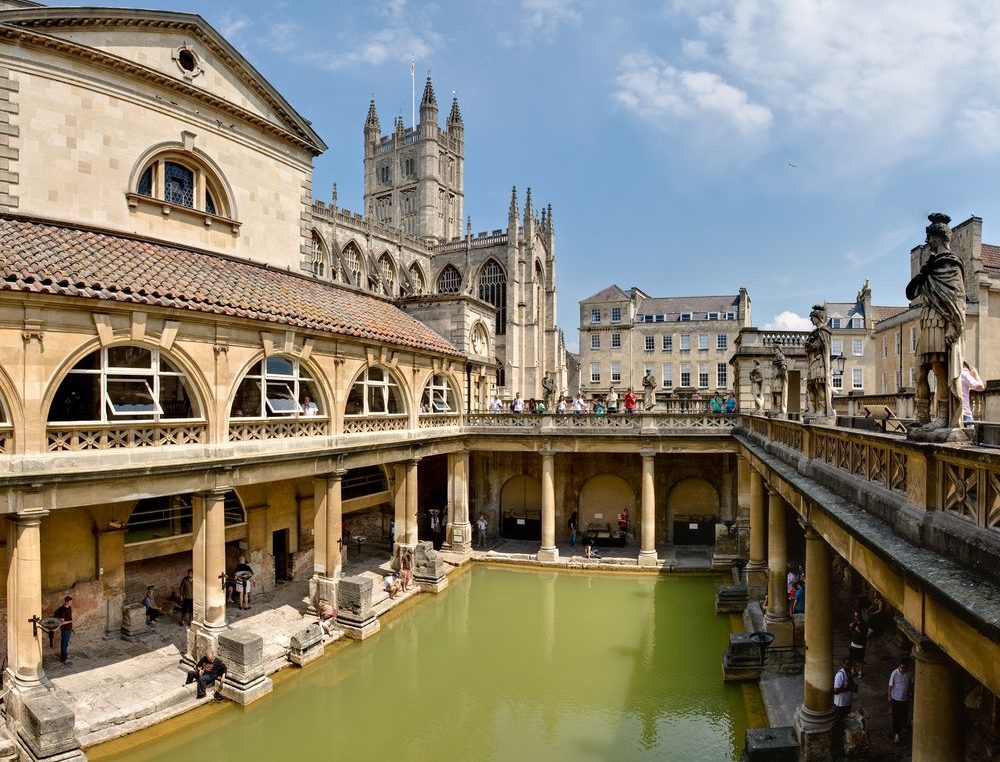 The historic site that gives the city its name is an unmissable attraction for any visitor. 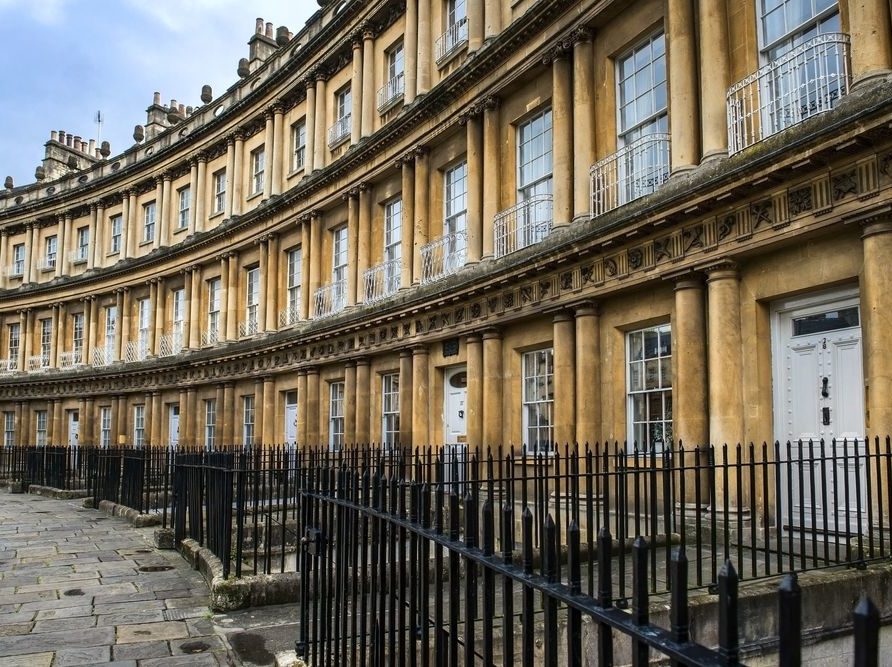 Bath’s 18th-century Georgian architecture is an iconic feature of the city. 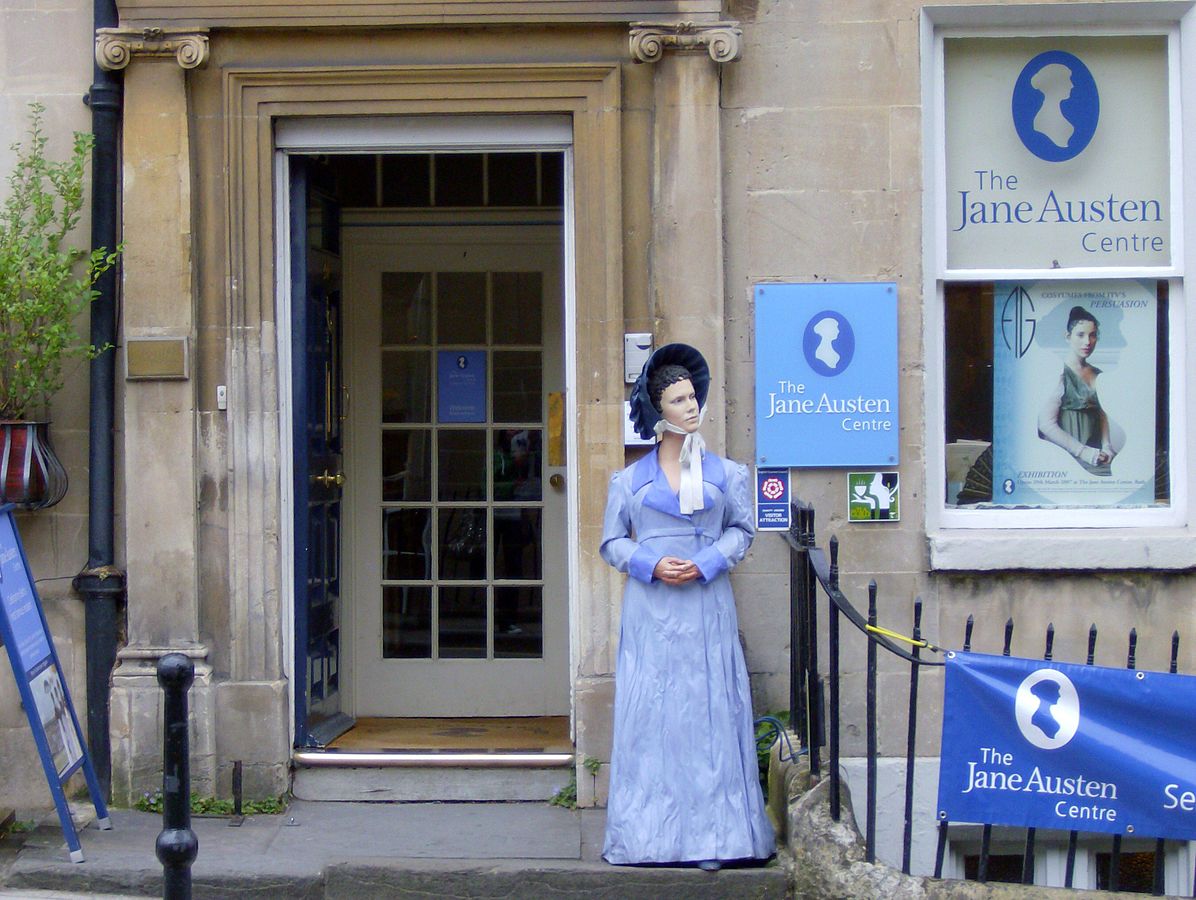 Much loved author Austen lived in Bath and this is where several of her works are set.

The legend of Bath says that it was founded by the Celtic Prince, Bladud, nearly 3000 years ago. Having contracted leprosy, he was banished and wandered the countryside with his pigs, who also had the skin condition. When the pigs found a natural spring, they began rolling around in the mud & water, and to Bladud’s amazement, this seemed to cure their leprosy. Seeking the same benefits, Bladud copied his companions, and soon his own skin was also cured. He concluded that the spring waters they had discovered must possess healing powers.

The Romans shared this interest in the spring, and having heard the stories of healing powers, established their first settlement next to the river Avon. Their town was named ‘Aquae Sulis’; a reference to the Roman goddess of healing. From 60ad the Romans began constructing a bathing complex, which included a temple and a set of Baths that became a popular place for leisure over the next 300 years. Following the Roman departure from Britain, Bath was captured by Saxons in the late 6th century, and became a thriving centre of the wool trade.

During the 18th century, the city became a fashionable place to visit and the local population increased more than ten-fold. The Georgian era was an extravagant time, and Bath was the chosen destination of leisure for London’s high society. Throughout this period there was much re-development and many buildings were constructed in Bath using the distinctive local honey-coloured stone. This created a uniformity that resulted in some of the finest architecture in Britain, with examples such as the Royal Crescent, the Circus, the Pulteney bridge and the Pump Room.

Things to do in Bath

The city was founded on its natural spring, which means a visit to the Roman Bathhouse is a must for any visitor. These Baths are one of the best preserved Roman remains anywhere in the world. Each day over one million litres of water reach the surface at a steamy temperature of 47°c. Explore the extensive remains, see the Great Bath, taste the water and sample the healing powers in the nearby Thermae Spa.

Perhaps the perfect way to absorb the history and grandeur of Bath is simply to walk. Take a stroll along the river Avon, over the historic Pulteney bridge and weave through the city centre to really take in this beautiful city. Alongside the Roman Baths, this city is most known for its Georgian architecture, and there are now over 5000 protected buildings. The most famous examples are found in the Royal Crescent and the ‘Circus’; two of the most beautiful streets anywhere in Britain.

In 1801, Bath became the home of a young woman called Jane Austen; the city was a place that she and her family had previously visited. Today, Jane Austen is one of Britain’s most celebrated authors, and Bath is where two of her novels; Persuasion and Northanger Abbey, are set. Visit the Jane Austen Centre; a museum dedicated to her life and works, explore the Austen family residence or take a walk along Lovers’ Lane and absorb this inspirational city.